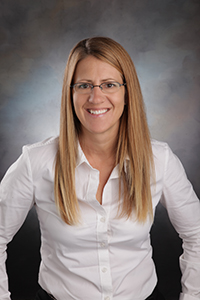 Allison graduated from the University of Phoenix with a Bachelor’s degree in Business Administration and Marketing in May 1998. After running her own bookkeeping business for 8 years, she successfully completed a Masters program in Business Administration from the University of Phoenix, followed by a Masters of Science in Accountancy in May 2010. An increasing number of fraud cases in small businesses prompted her to complete the certification process with the Association of Certified Fraud Examiners (ACFE) giving her the designation of Certified Fraud Examiner (CFE) in July 2009. Allison has served two terms on the Scholarship Committee and one term as Vice President for the Arizona Chapter of the ACFE. In the summer of 2014, Allison and a colleague formed the Southern Arizona Chapter of the ACFE in which she serves as the President and founding member. She joined our firm in July 2010 and is currently pursuing her CPA license.